Episode 7 – We speak for the dead – Dr. Louise McNaughton-Filion

Across the world, every death investigation system is different – some are municipal, or state-based, but in Canada, it’s a provincial system. In Ontario, the system is the Office of the Chief Coroner and the Ontario Forensic Pathology Service. In Ontario, all Coroners are licensed physicians (same with PEI), while in other provinces, they are not necessarily physicians

Importantly, the motto of The Office of the Chief Coroner for Ontario is: “We speak for the dead to protect the living” 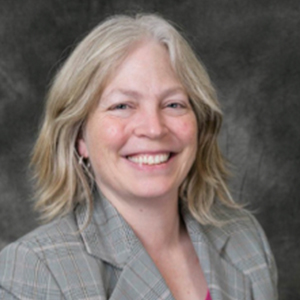 Dr. Louise McNaughton-Filion is the Regional Supervising Coroner for the Ottawa office in the East Region, since 2013. Prior to her appointment she was an investigating and inquest coroner for many years. She has been a practicing physician since 1990, initially working as a ‘full service’ family physician (emergency, obstetrics, palliative care, in-hospital) in Pickering and Toronto, then focussing her practice on emergency medicine upon her arrival in Ottawa in 1993. She has held multiple administrative posts on a hospital, regional and national level. In 2010, she was the Senior Medical Advisor for the Internationally Protected Persons (IPP) program for the G8 and G20 summits, and continues to consult with the IPP program for Health Canada.

Dr. McNaughton-Filion is also the organizer for the Multi-Disciplinary Death Investigation Rounds, an educational initiative for all participants in the death investigation system, province-wide.

For the 1st year after their training, all Coroners must call the Regional Supervising Coroner for pretty much every case. After that year, there still needs to be a high-level discussion regarding high profile cases and rare cases (i.e. diving accidents) to ensure crucial details are not missed.

High profile cases are classified as such due to the “golden hour of death investigations” – if some important aspects of the case/investigation are missed early on, they may never be recovered, or there may be outward scrutiny.

Post-mortems (autopsies) are ordered if you believe its going to help determine cause and manner, or if it’s legally required (need detailed info for a criminal investigation, case going to inquest) or if it may impact and benefit the greater public.

As part of any investigation, 5 important questions must be answered:

In addition to the often-difficult challenges of determining where/when the death occurred, the cause and manner can also be a challenge – this is especially true in deaths under 5. As another example, take an IV drug related death. The cause may be clear, but the manner might be undetermined (suicide vs. undetermined).

The cause and manner of death is determined by all the information gathered, including the post-mortem (if performed), based on the balance of probabilities, not beyond a reasonable doubt. An autopsy is performed only in ~40-45% of cases.

At the end of the day, the paramedic’s role is to save lives, so do your work to the best of your abilities. After pronouncement, leave all equipment in place and don’t attempt to clean up. It is also important to explain (in person/patient care record) all the interventions you performed (including failed IV attempts). Documentation is extremely important to the investigation process.

While on scene, if something doesn’t make sense (using logic, medical knowledge, and an experienced eye), or worries you, then it should be flagged.

Under the Deceased Patient Standard of the Ontario Basic Life Support Patient Care Standards (BLS PCS), there are two scenarios that determines if a patient is Obviously Dead:

Determining time since death is a very inexact science, and while many efforts have been attempted, it’s ultimately unclear. In very general terms, if there’s no rigor present, the patient has probably only been deceased for a couple of hours. If rigor is present in the jaw and rest of the body, in general, they have probably been deceased for >4 hrs.  Generally, blanchable lividity will occur within 4-6 hours. Importantly, everything needs to be taken its totality, and everything is so variable.

Lividity occurs when the blood settles after the heart has stopped pumping – gravity takes over. After death, the blood will begin to settle to the lowest level. Initially after death, there is no tissue breakdown, so you can press on the area where the blood has settled, and it will turn pale. When you remove your finger, the blood will return. This is called blanching lividity.

Once cellular and tissue break down begins, those capillaries become “leaky”. At this point, the blood settles in the tissues, no change will occur when you push on the skin. This is called fixed lividity.

As with lividity, there are many external factors that impact the onset time of rigor mortis, which is the post-mortem contraction of muscle. Though it’s a tough one to determine onset time, it usually starts in the face. This is suspected to be due to the presence of small muscles.

Rigor and lividity inappropriate for body position can give an indication of movement of the body from its original position after rigor/lividity has set in.

If someone has died in the community, are <75 years old, and last seen alive <12 years ago, please call Trillium Gift of Life to consider tissue donation.